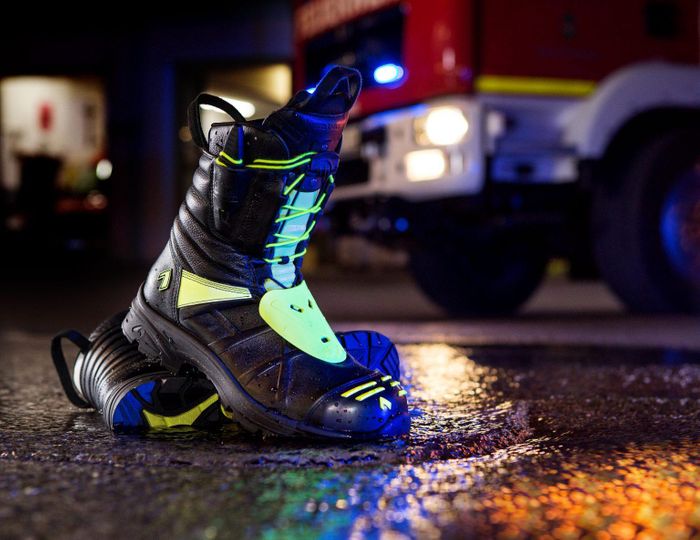 HAIX®, an innovative, hi-tech manufacturer of specialist footwear based in Bavaria, Germany, has gained its reputation for reliability and quality in footwear for firefighters, police, emergency services and taskforces worldwide. HAIX® focuses on protecting operators from the day-to-day hazards of demanding, dangerous and life-saving roles, while maintaining outstanding comfort. Its innovative designs are inspired by the personal experiences of professional firefighters within the company.

HAIX® was founded by Xaver Haimerl in 1948, as a hiking and work boot manufacturer. It was Xaver’s son, Ewald Haimerl, who steered HAIX® on its current course. As the deputy chief of Mainburg’s fire service, Ewald was unhappy with the boots that he and his firefighter colleagues were supplied with. So, in 1992, he applied the skills learned working in his father’s factory to designing custom boots to specifically fit the needs of firefighters.

Over nearly 30 years, HAIX® has expanded its product range and today the company’s boots support heroes in more than 80 countries across the world.

As well as working with emergency services teams directly, HAIX supports charitable causes that care for active and retired emergency services professionals physically, mentally and financially. One of these causes is the British Firefighter Challenge, an event that sees former and currently serving firefighters compete in a series of gruelling strength and endurance tests. The 2019 edition, held in Watford, saw 186 firefighters compete in the event, raising a total of nearly £7000 of donations for the British Firefighter Charity. HAIX, as Team GB’s official footwear sponsor, provided each member of the team with a pair of Black Eagle trainers to wear during training, as well as a pair of Fire Eagle Boots to wear during the Challenge itself. HAIX continues to support the team as they carry on their training in the absence of live events in 2020 and looks forward to meeting the teams and competitors at the rescheduled dates when it is safe to do so.

Simon Ash, HAIX UK Sales Manager, explains, “Wherever firefighters are deployed, wherever lives are being saved, wherever absolute reliability is demanded of footwear in the field – that’s where HAIX’s premium quality boots are an essential piece of kit. Our customers entrust us with the everyday safety of their employees and our shoes enable them to fulfil their missions. All of us at team HAIX® are proud to say that heroes wear HAIX® and our objective is to offer our wearers the best protective shoes in the world”.