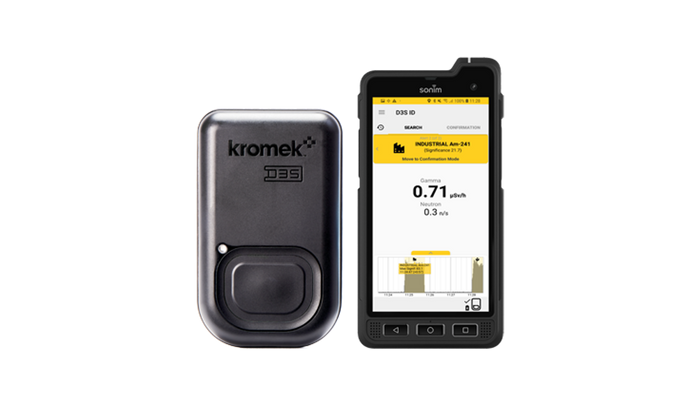 It is a wearable, concealable gamma neutron RIID which puts the power of a RIID into a package the size of a PRD. It is the new standard in portable radiation detectors.

Wearable, unobtrusive and hands-free it is continuously scanning for radiation: gamma-ray and neutron (so it can detect shielded devices).

No one can see it in operation, or that you have found anything suspicious. You can go anywhere a terrorist could have gone and search areas quickly and efficiently. Unlike static or vehicle-mounted detectors, a person carrying a hidden detector is tough to avoid and detect; literally, anyone could be carrying a D3S ID.

Designed to detect radiological threats like dirty bombs, radioactive contamination, smuggling of radioactive substances and radiation at the scene of an accident or terrorist attack. The D3S ID wearable RIID gamma neutron detector turns anyone into a radiation warning system that is hard to avoid and can go anywhere a terrorist or smuggler can.