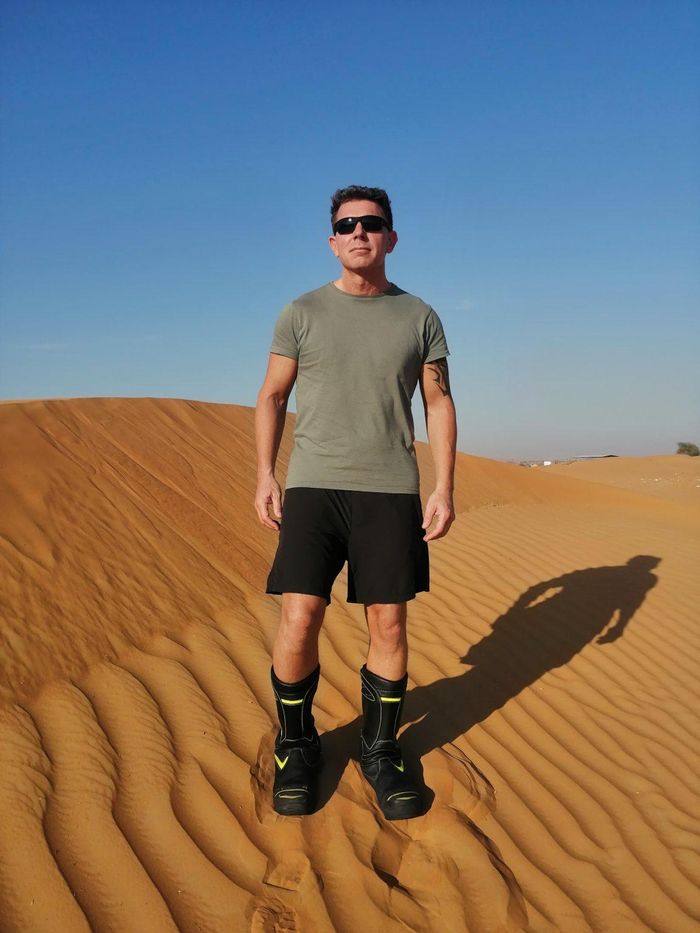 When you begin to plan what suitable attire you should be wearing when embarking on the arduous task of running a full marathon race, clearly footwear is high on the agenda. To ensure comfort and support, without the risk of friction burns and the inevitable blisters, it is necessary to have your feet firmly secured and free from movement inside your chosen footwear. So, when former UK firefighter, Jason Hull (right) chose to wear his fire and rescue service issue structural boots from Jolly Scarpe, he was confident that the fit would serve him well on his 26.2 mile journey, despite the curious looks from many of his competitors!

Such was the success of the Fire Profi 2.0 structural fire boots that these became his footwear of choice for subsequent charity escapades, such as the very demanding and hilly 12-hour Beachy Head Coastal Walk along the Sussex coastline. While other experienced trekkers wore various forms of trainers, Jason completed the walks with the health and welfare of his feet entirely intact. Jeremy Dawkins, Jolly’s Sales Manager for Northern Europe and Australia, is keen to highlight the superior design and fit of the Italian engineered boot, complete with its unique ‘Wrap Band System’, which ensures the security and safety of the wearer’s feet for long periods of time in the most difficult of environments.

Jason is still fire fighting and is now based in the UAE, where he still has the benefit of wearing his beloved Jolly boots. Prior to this post, he was part of a NATO fire fighting team at a military base in Afghanistan where he served two tours, along with those same boots; the boot chosen for the successful South East Collaborative PPE project, managed by Kent Fire and Rescue Service and supplied through Bristol Uniforms Limited.