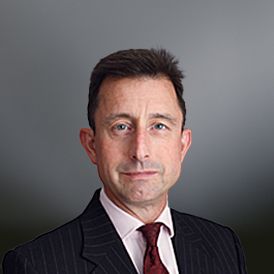 Her Majesty's Inspector of Constabulary, HMICFRS

Matt Parr joined the Royal Navy straight from Durham University. A submariner by specialisation, he has also commanded above the waves and ashore.

Much of his career was spent at sea; but among his shore appointments, he was responsible for the Navy’s inspection regime and also led a Ministry of Defence-wide team conducting studies for ministers. As a Rear-Admiral he was a member of the Navy Board. He was head of the Submarine Service and was the Navy’s Director of Operations. He was appointed a Companion of the Order of the Bath in 2013.

Brought up in London, he now lives in the West Country but is responsible for the forces based in the capital, the national special forces and those in Crown Dependencies and Overseas Territories.

Matt Parr was appointed as HM Inspector of Constabulary in August 2016 and HM Inspector of Fire & Rescue Services in July 2017 when our remit was extended to include those services.

National role
Matt is responsible for the following of HMICFRS’s national functions: Counter-terrorism

Regional role for police forces
Matt Parr is Her Majesty’s Inspector of the Constabulary for the London and National Regions and deals with the following police forces:

Matt Parr is Her Majesty’s Inspector of the Fire & Rescue Services for the London and South Central Region and deals with the following fire & rescue services: