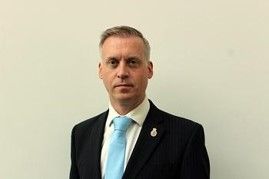 Phill has served on the National Board of the Police Federation of England and Wales since 2015. He is chair of the Federation's Conduct and Performance sub-committee and leads on police aviation, public order tactics, training and equipment.

A police officer for 28 years, and an active Federation rep for 16 years, Phill was previously the conduct lead for his home force of Nottinghamshire. He has extensive experience of representing colleagues at all levels of performance, misconduct and criminal allegations, and has campaigned for changes to the police discipline system.