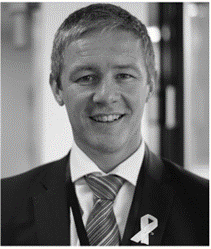 Richie Salter is a serving police officer with 28 year experience with Merseyside Police, currently seconded to the Home Office as the Senior Police Advisor to the Science and Technology Commissioning Hub. Within this role he works with policing, the Home Office, the Defence Science and Technology Laboratory (DSTL) and others to commission and deliver science and technology solutions to policing problems.  He holds a first degree in Law from John Moores University and a Masters from The University of Liverpool in Critical and Major Incident Psychology. Richie has achieved and maintained operational and occupational competence in a broad range of key areas, Senior Investigating Officer (SIO), PIP4, Tactical Firearms Commander (TFC) and Hostage and Crisis Negotiation. In such roles he has led the investigations into serious crime including murder and firearms incidents, commanded numerous firearms operations and lead negotiations with people in crisis and crimes in action. He has undertaken a number of command roles within Merseyside including Head of Major Crime, Liverpool CID, Protecting Vulnerable People and Crime Intelligence.